From the Northern tip of Labrador down to the eastern coasts of Newfoundland, the sea is nicknamed Iceberg Alley. Ice dating back thousands of years breaks off from the edge of the the Greenland icecap and drops into the ocean. Now as icebergs they are gripped by the Labrador Current and glide majestically along, alone or in groups, along the coasts of Newfoundland and Labrador before melting in the warm waters of the Gulf Stream.

Icebergs are said to dance – propelled unpredictably by wind and tide. In photographs, bergs seem to be inert blocks of floating ice. In reality they are dynamic, tumbling, twirling, and breaking into fantastic shapes. Melt water flows of them in waterfalls. Bergs pop and crackle as compressed air is released. When bergs crack the report is like that from a cannon, and can be heard for miles. They come in all sizes from little bergy bits to full sized icebergs as large as a city block. And then there are the colors. In the paintings of Frederic Edwin Church and William Bradford icebergs are portrayed with an emerald green apron around their bases. This had struck me as fanciful, but no, that truly is the color ice just beneath the water. In the romantic lexicon of the 19th century, Rev. Louis L. Noble describes an encounter with an iceberg in his book After Icebergs with a Painter.

“We are bearing up under a big berg as closely as we dare. To our delight, what we have been wishing and watching for, is actually taking place: loud explosions with heavy falls of ice, followed by a cataract-like roar, and the high thin seas wheeling away beautifully crested with sparkling foam. If it is possible, imagine the effect upon the beholder: This precipice of ice, with tremendous cracking, is falling toward us with an awful motion. Down sinks the long waterline into the black deep; down go the porcelain crags, and galleries of glassy sculptures, a speechless and awful baptism. Now it pauses and returns: up rise sculptures and crags streaming with shinning, white brine; up comes the great, encircling line, followed by things new and strange, crags, niches, balconies and caves; up, up it rises, higher and higher still, crossing the very breast of the grand ice, and all bathed in rivulets of gleaming foam. Over goes the summit, ridge, pinnacles and all, standing off obliquely in the opposite air. Now it pauses in its upward roll: back it comes again, cracking, cracking, cracking, cracking, “groaning out harsh thunder” as it comes, and threatening to burst, like a mighty bomb, into millions of glittering fragments. The spectacle is terrific and magnificent. Emotion is irrepressible, and peals of wild hurrah burst forth from all.” 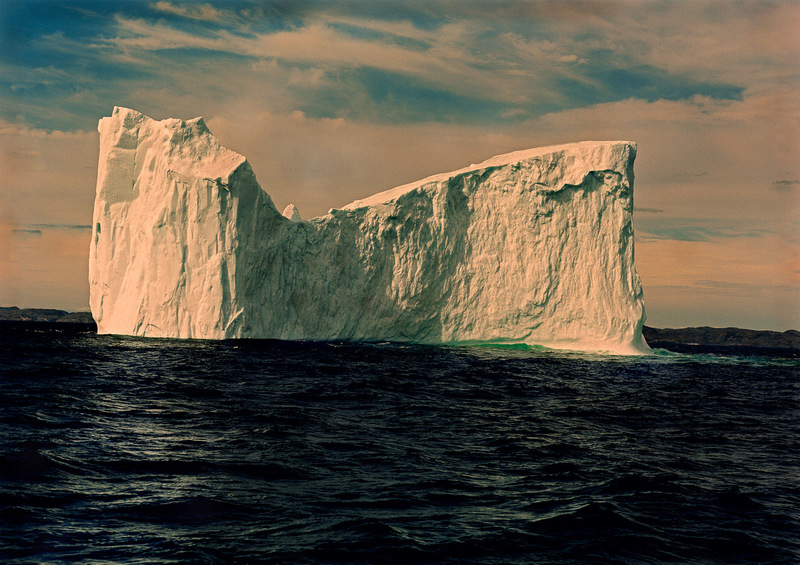 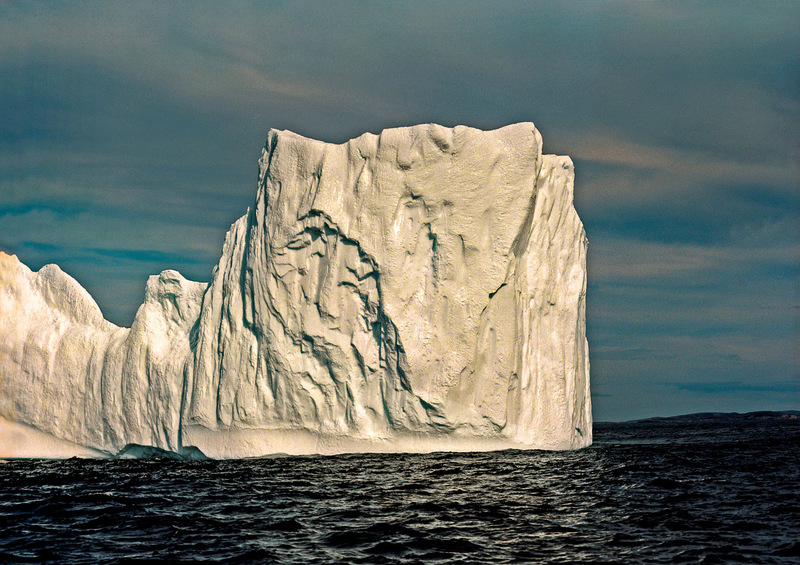 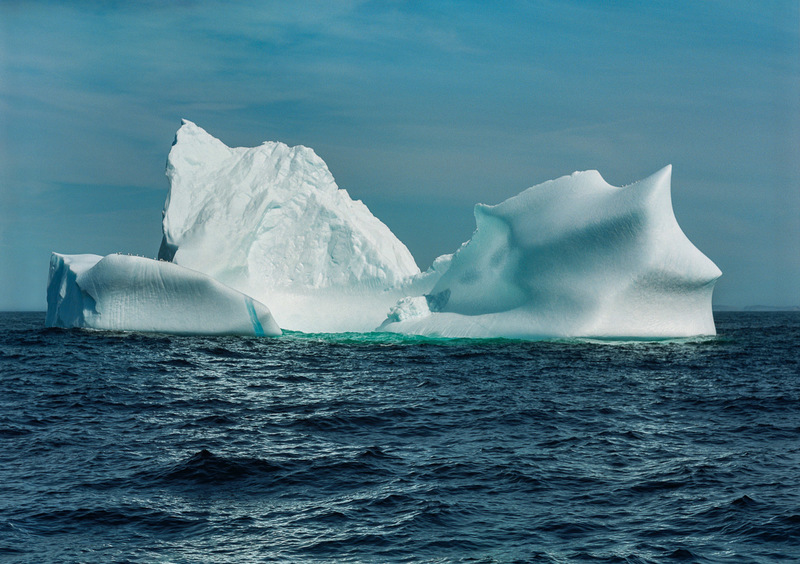 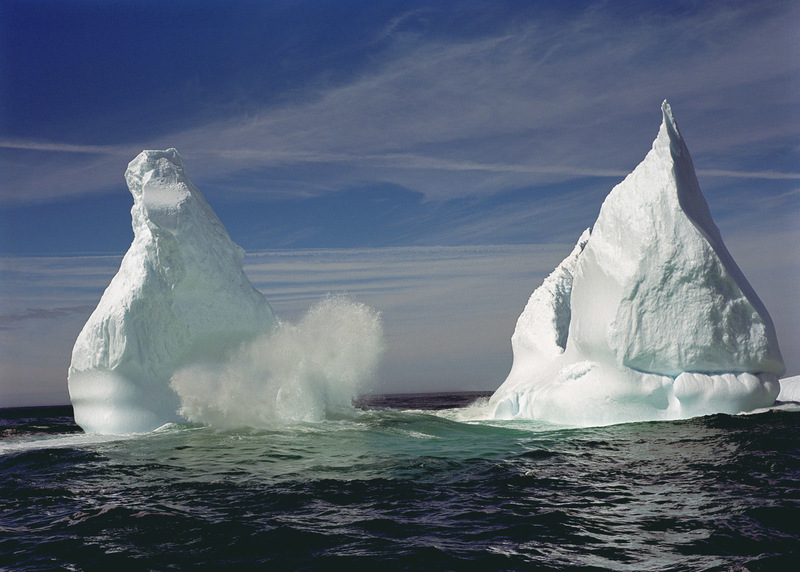 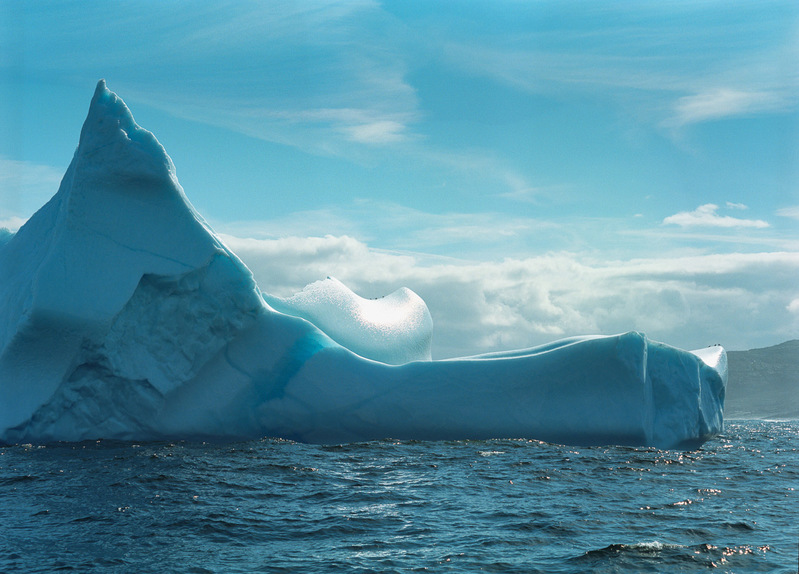 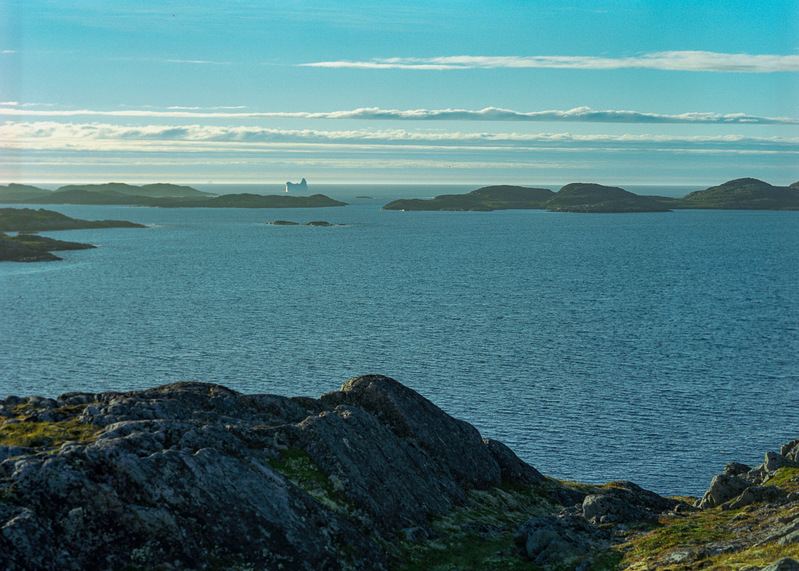 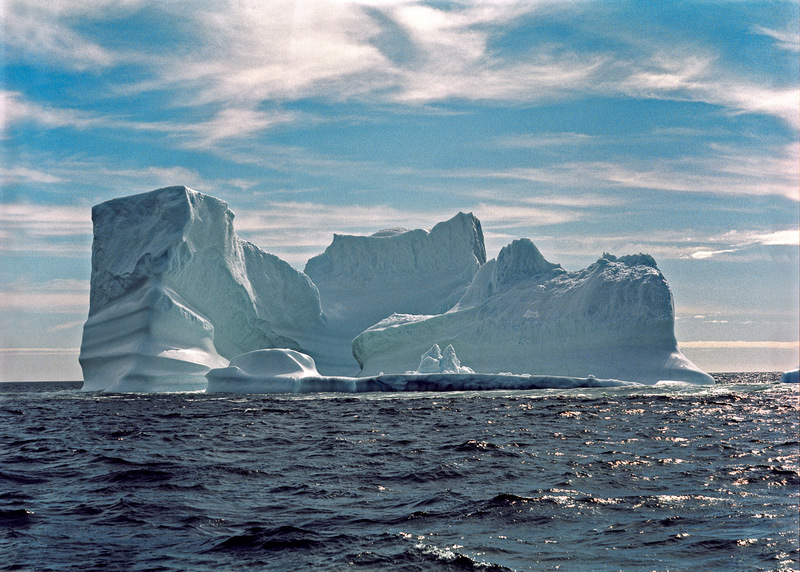 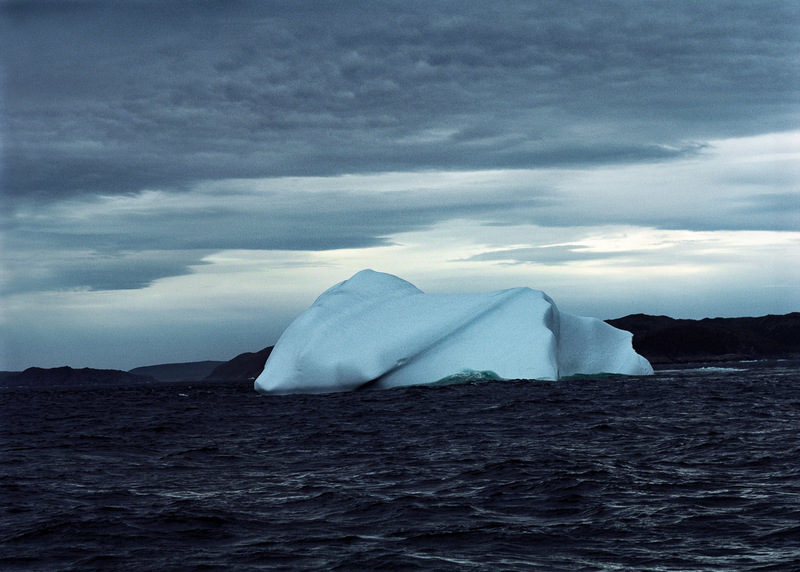 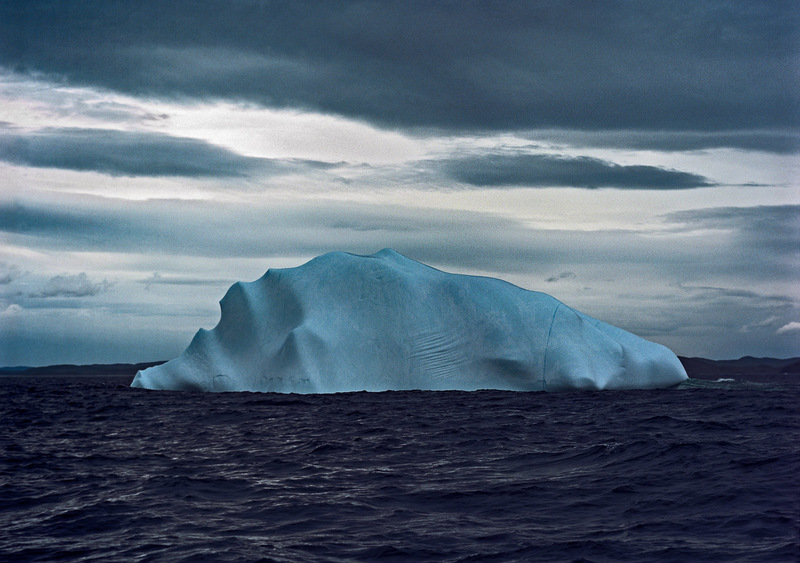 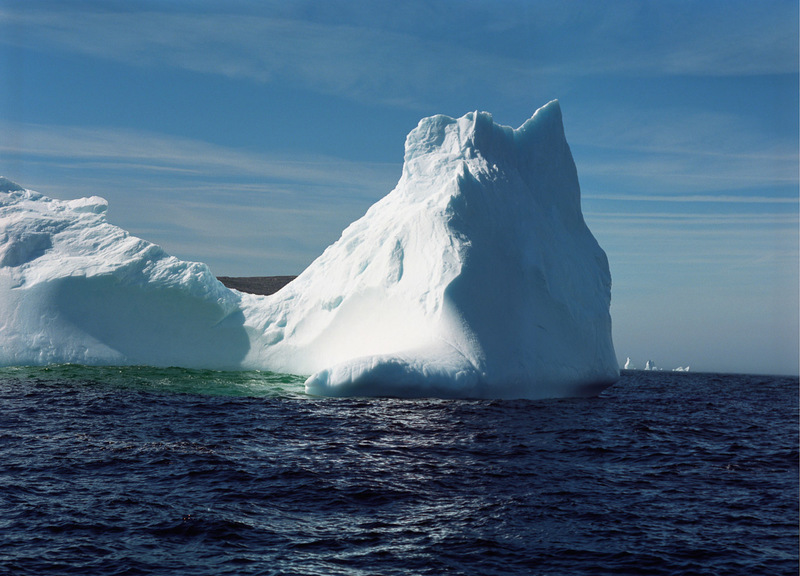 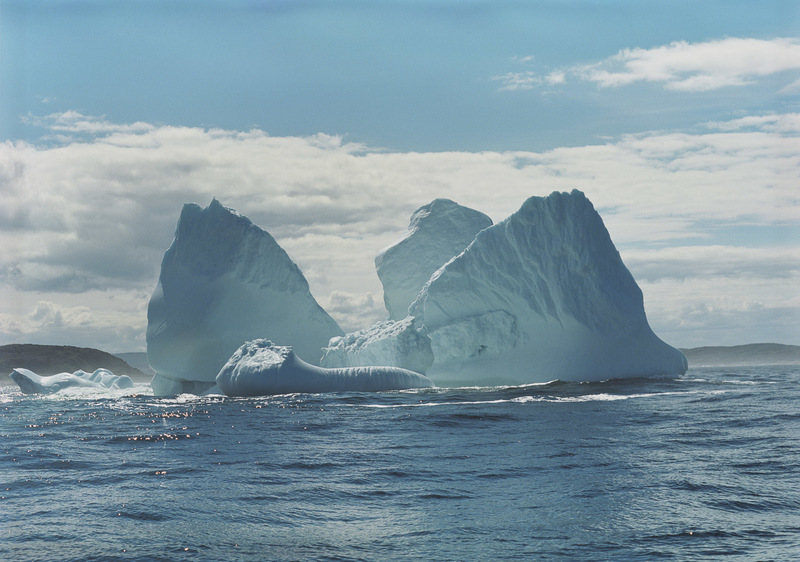 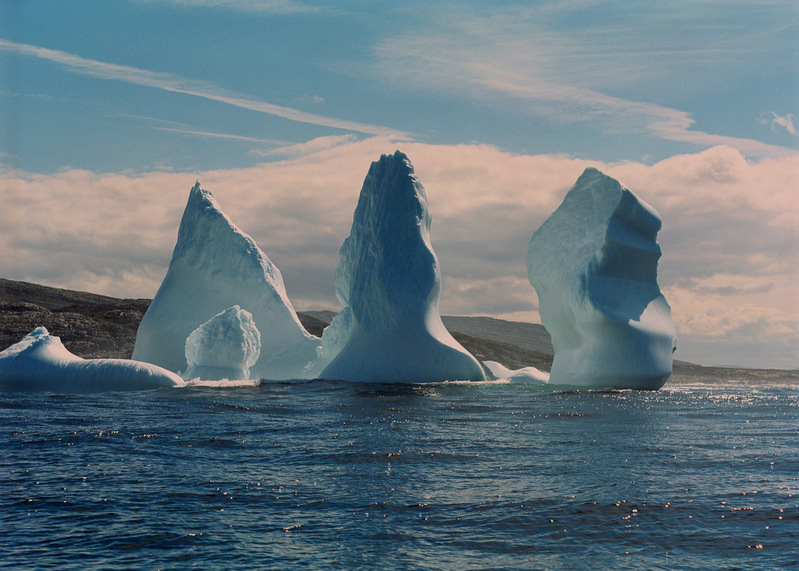 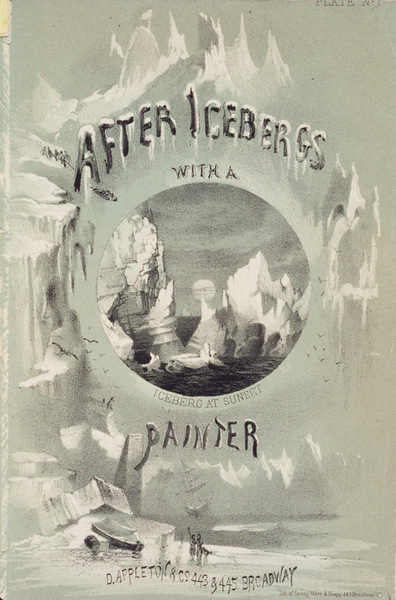 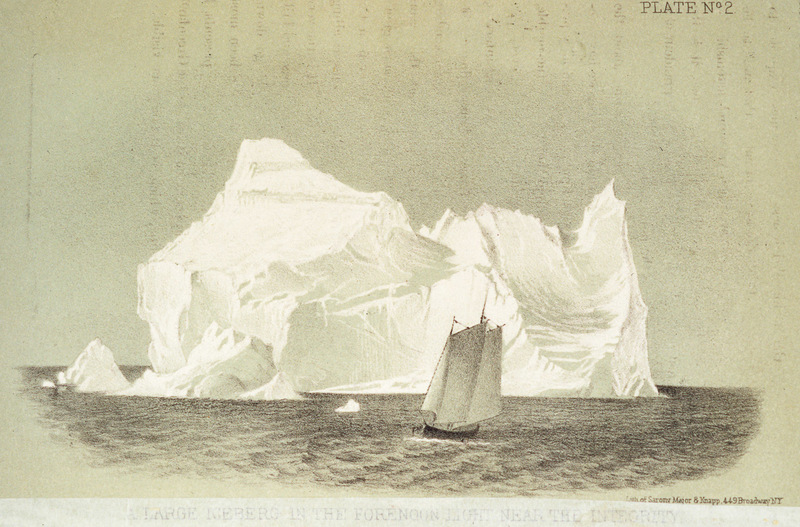