This series was made in summer of 1998 on a trip down the coast of Labrador aboard the research vessel Belvedere. I was accompanying my friend and former colleague at the New Bedford Whaling Museum, John Bockstoce.

John’s curiosity and impeccable research brought us to many remote sites, but none was more moving than the abandoned whaling station at Hawks Harbour. Whaling continued in these parts until the 1960s. Processing plants were built on the far reaches of the coast to be close to the whales. 120′ steam powered steel catcher ships would chase down even the fastest swimming species, such as the blue whale. A 90mm canon would fire a grenade-tipped harpoon designed to explode inside the whale, killing the animal. The harpoon was connected to the ship with a cable. The dead whale was winched in and tied alongside the ship. Having killed several whales, the ship would return to the plant where the whale would be skidded up a ramp.

At the top of the ramp men with long knives and 15′ saws would cut the whale into manageable sized pieces. From there a weird, Rube Goldberg collection of contraptions would steam, cook, and render every possible useful component from the carcass. The factory produced components which would later become all kinds of common household products including lipstick, dog food, guano and the oil for the gear boxes of our cars.

On September 12, 1959, a cataclysmic fire consumed the entire site. It was never rebuilt and very little was salvaged. Whales were becoming scarce and the industry was no longer profitable. The site was abandoned.

One approaches Hawke Harbour by water. It is on an island, remote and treeless. The stark color of rust stands out from the pale heather and lichen. The geometric shapes of metal contrast dramatically against the soft shapes of the landscape. This is an outpost where man and nature have collided. Ashore, though burned and rusted, the layout of the plant was evident. True to it’s name, hawks called in the distance. Squadrons of giant northern horse flies and veracious mosquitoes engulfed me. The place was spell binding. I had two sessions, evening and the next morning, to make photographs that would tell the story of this place.

For cameras I used my trusty 4×5 wooden Nagoka view camera and a Noblex 120 panorama. I worked with both color and black & white film. Concentrating,I ignored the bugs, the wind blowing the dark cloth and the falling light. It was time to focus, to bring all skills to bear, to see, feel, photograph, communicate. This was it.

The experience was profound.

The New Bedford Whaling Museum has purchased this portfolio and exhibited 2007.

Special thanks to Anthony B. Dickinson for helping to identify the subjects of this series.  I recommend Twentieth-Century Shore Whaling in Newfoundland and Labrador by Anthony Dickinson and Chesley W. Sanger, for more information. 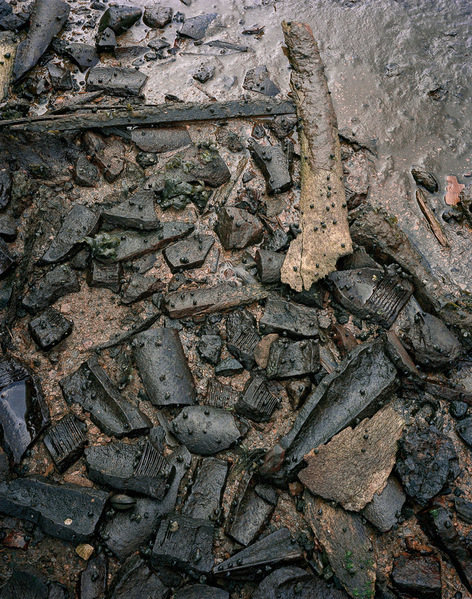 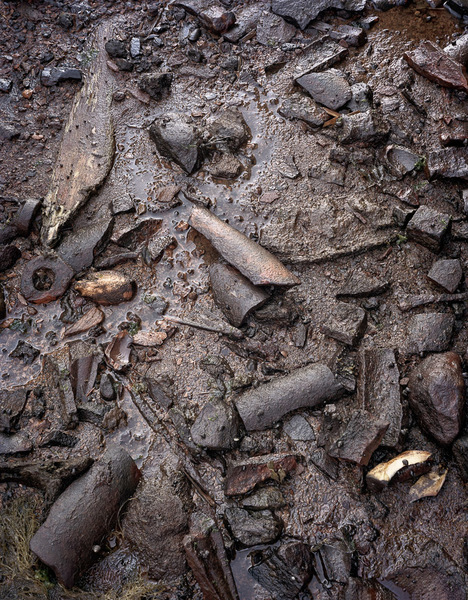 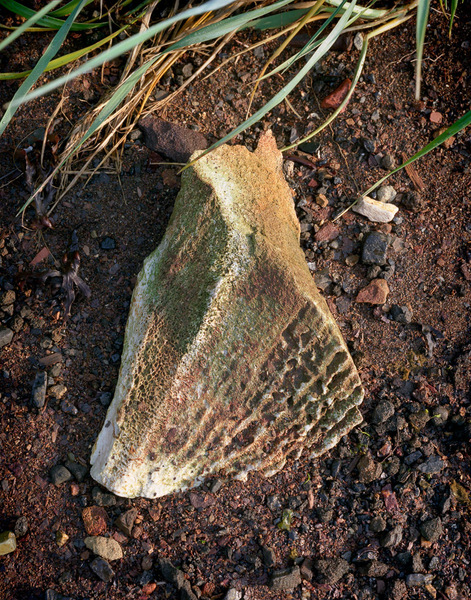 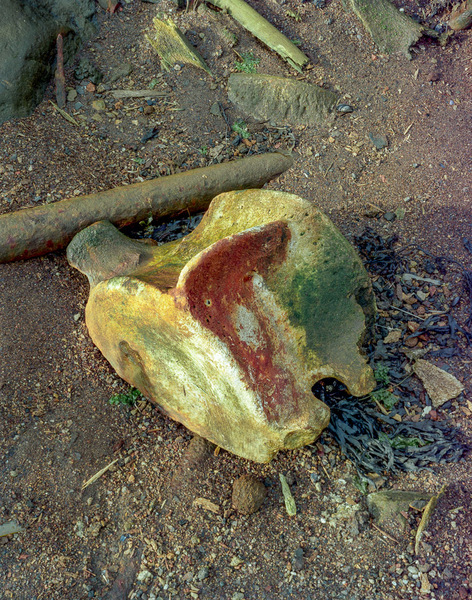 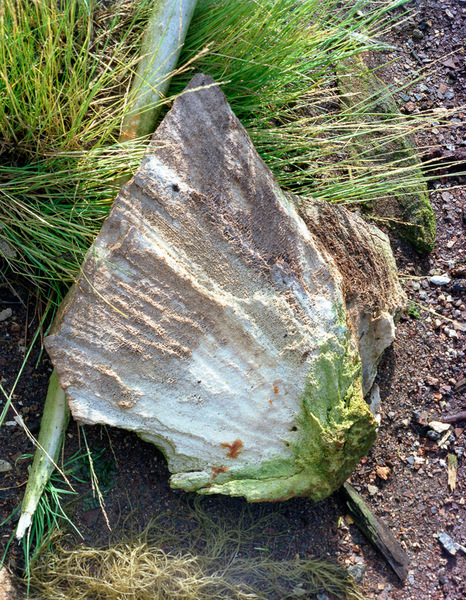 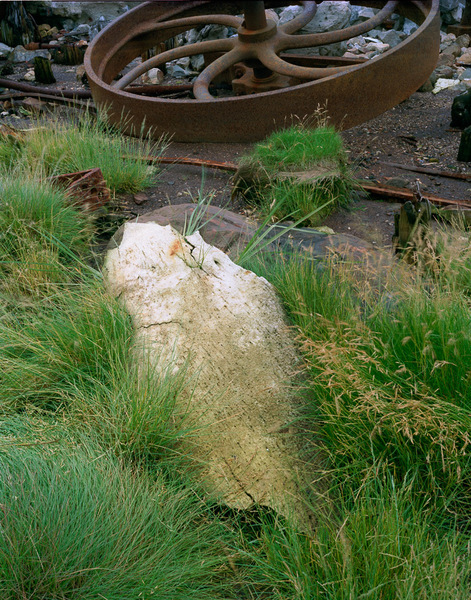 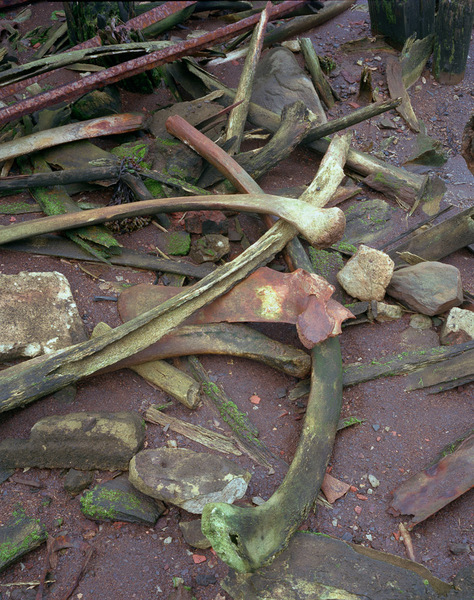 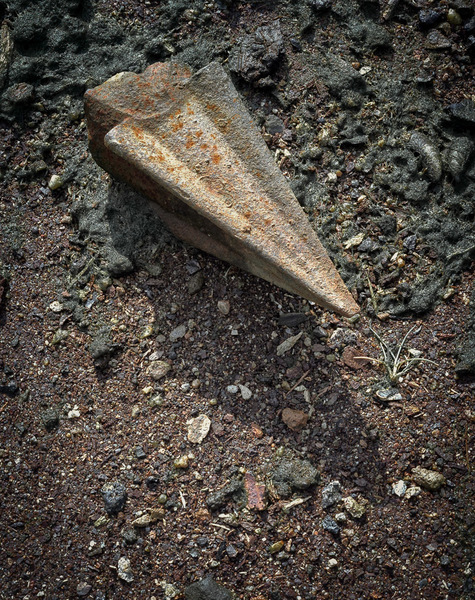 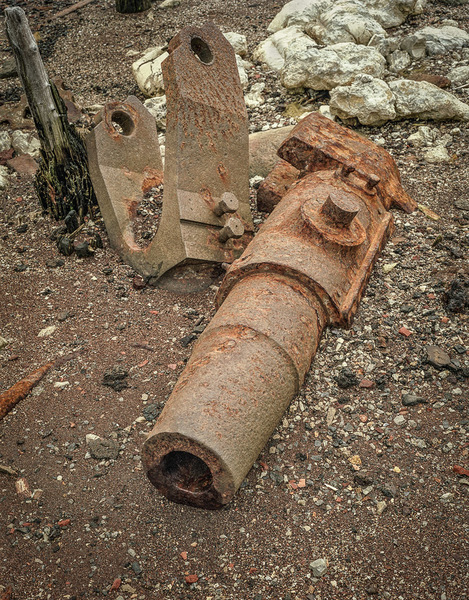 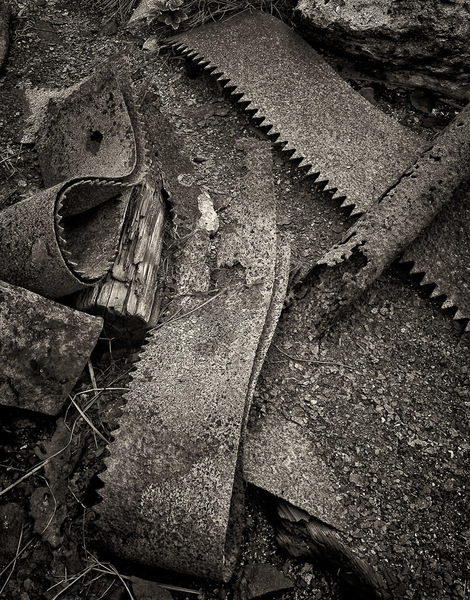 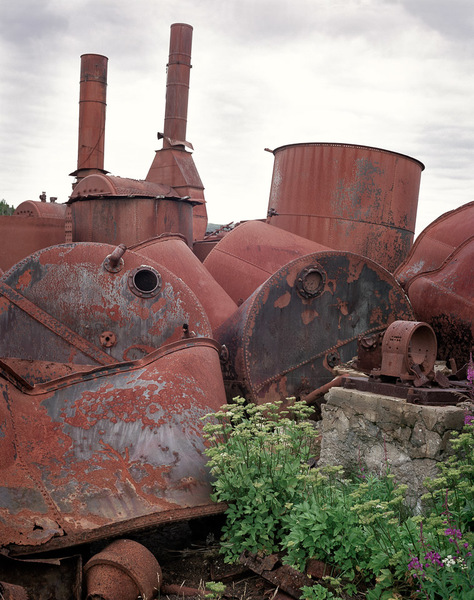 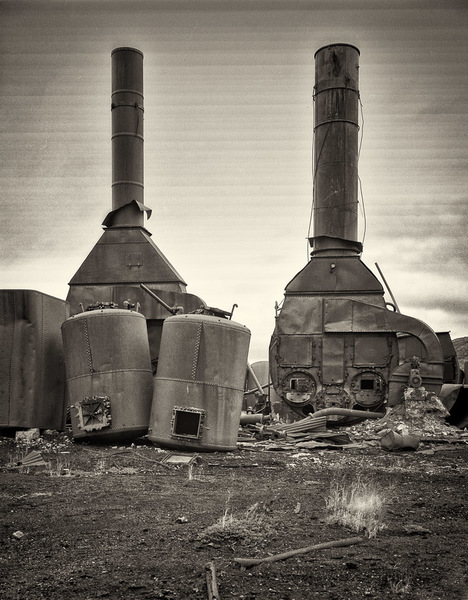 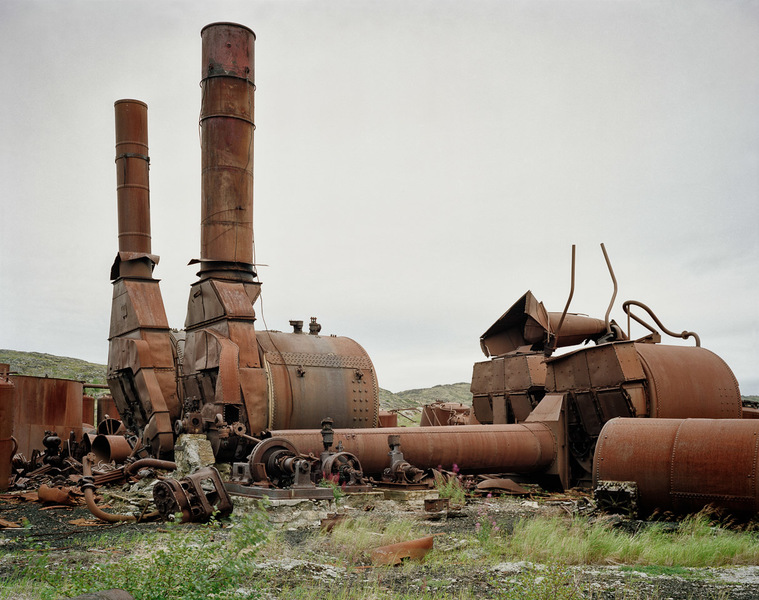 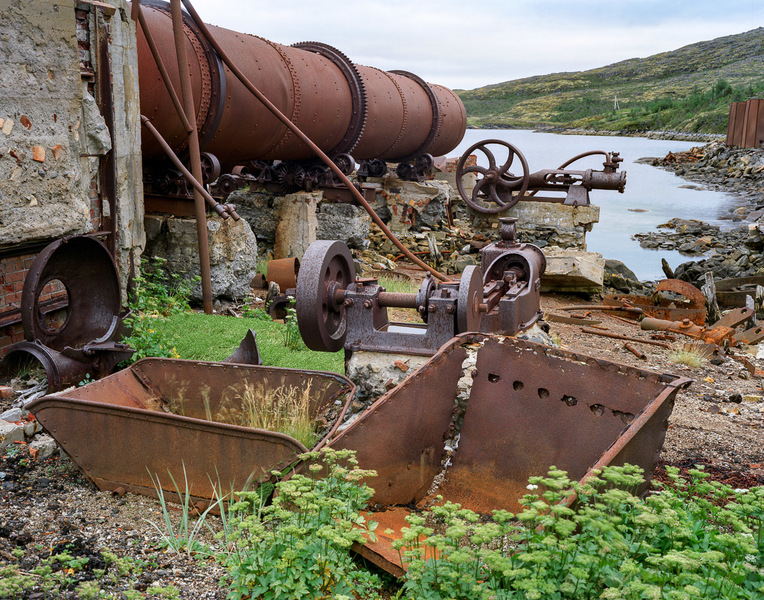 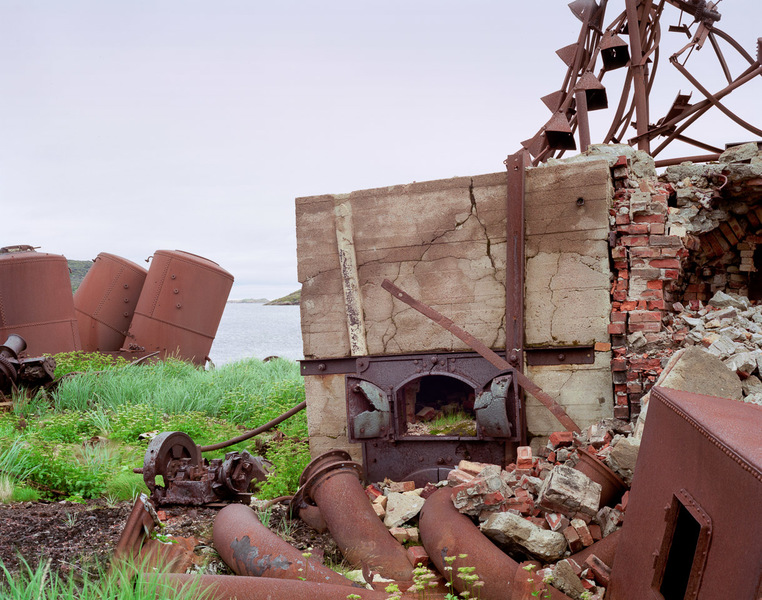 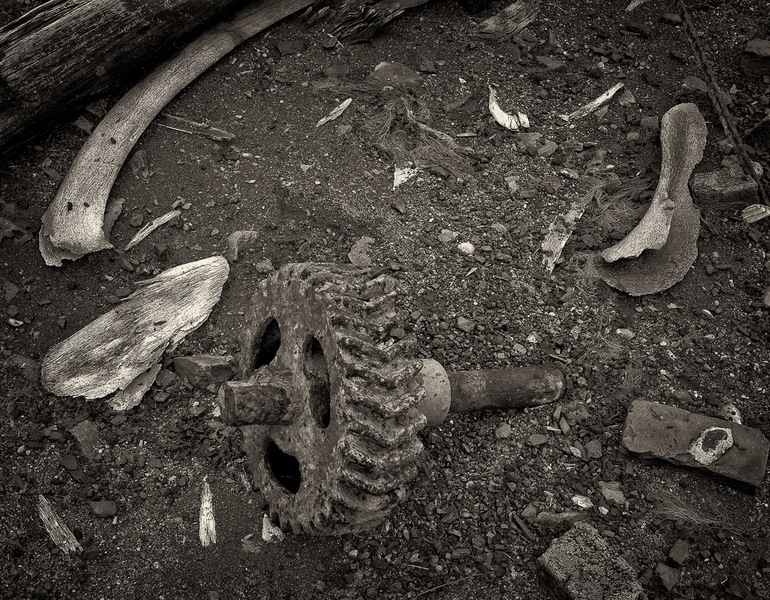 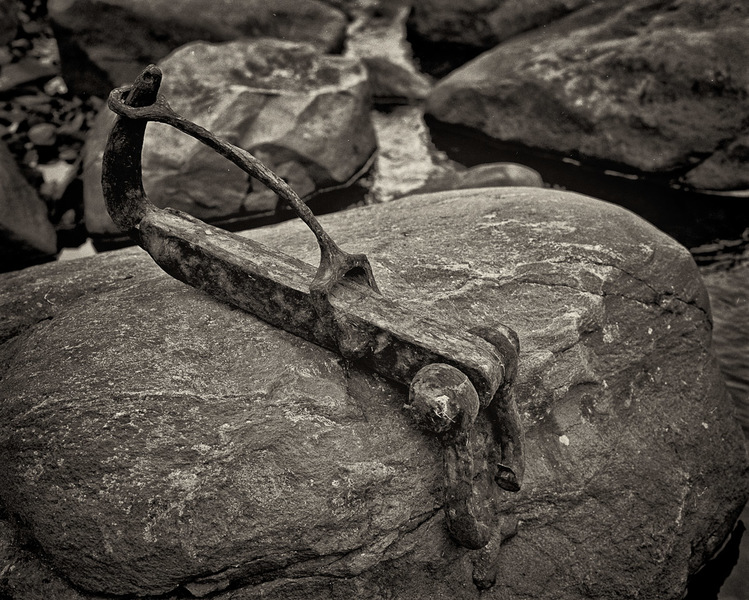 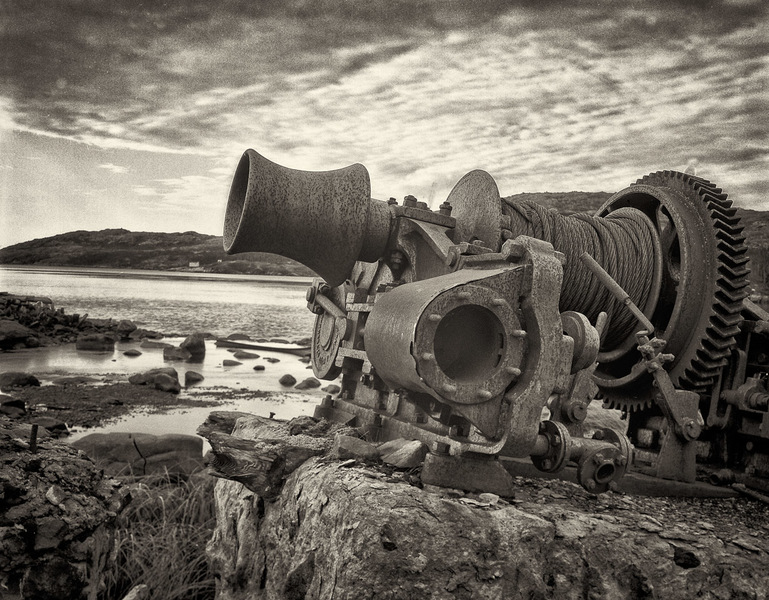 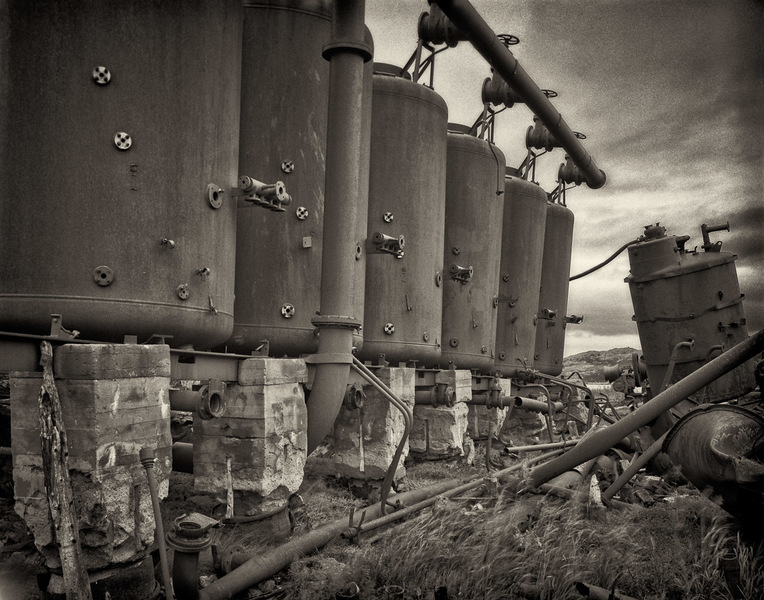 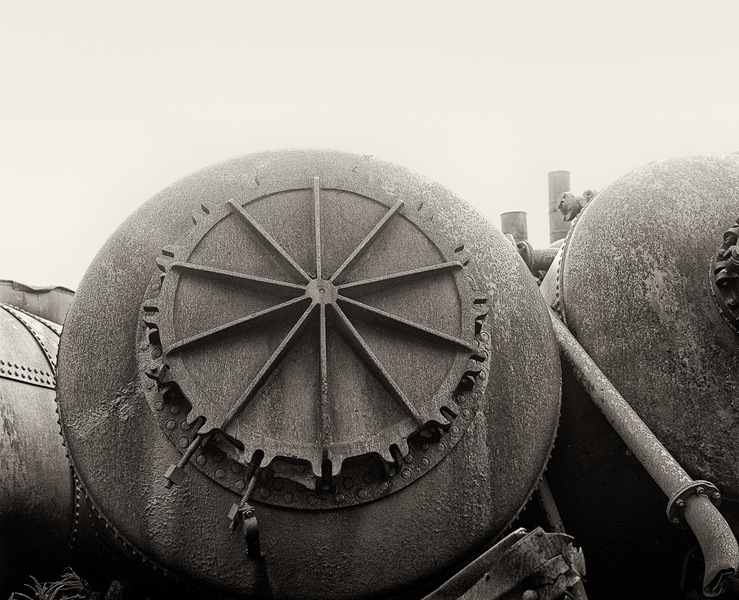 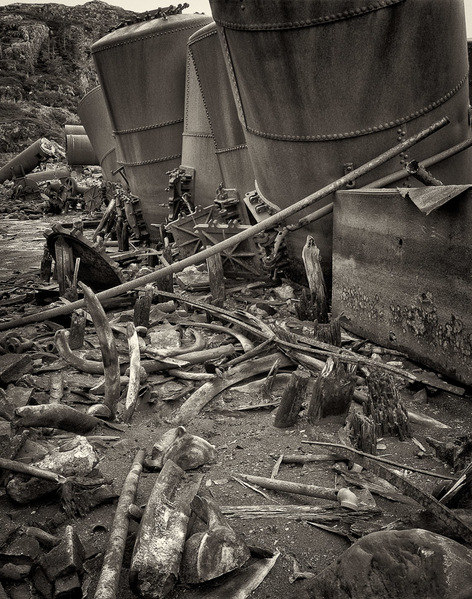 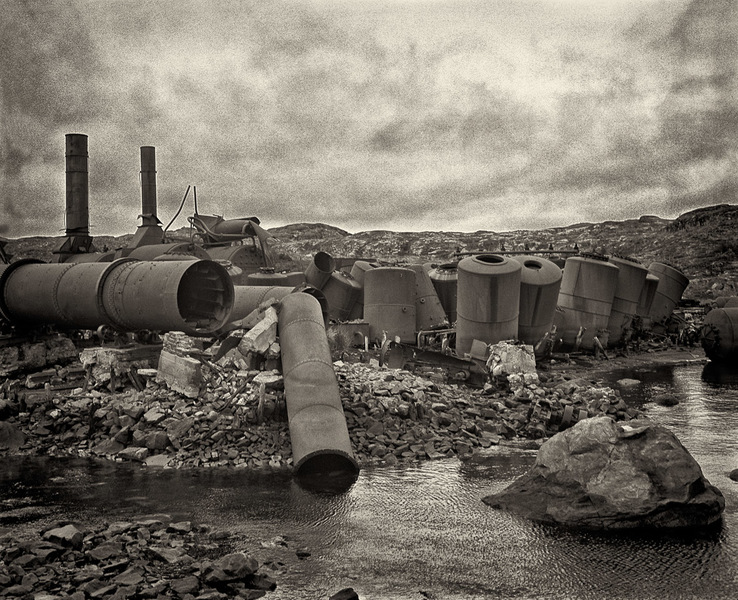 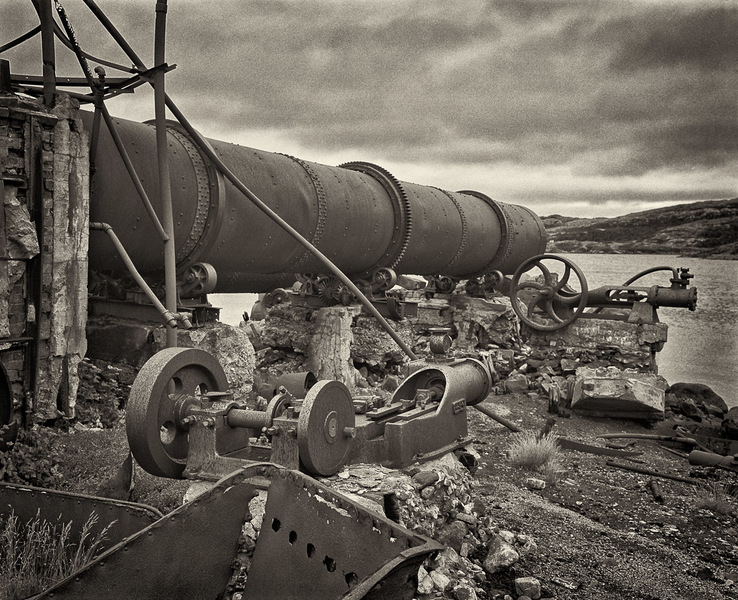 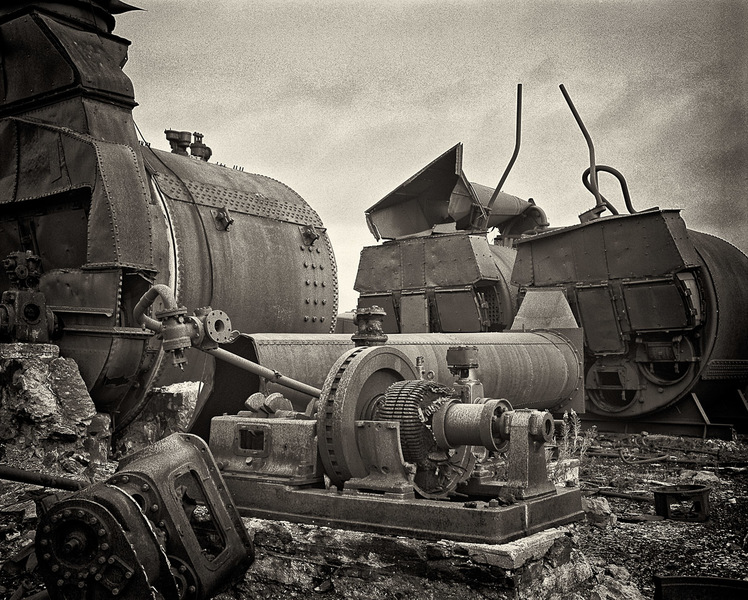 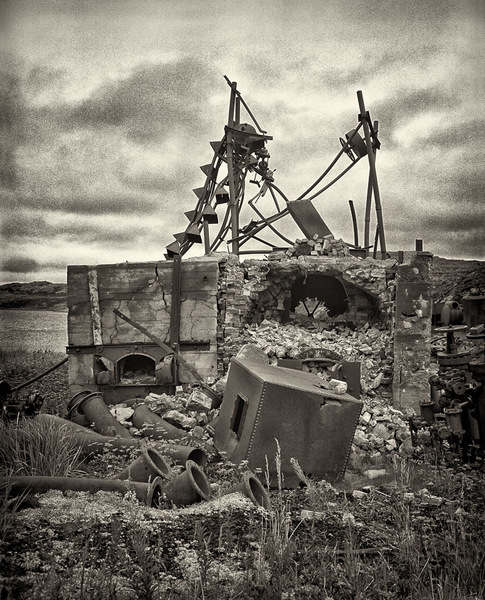